Eminent Thinker Whose Work Influenced the United Nations and Provided a New Framework for Thinking about Human Capabilities; 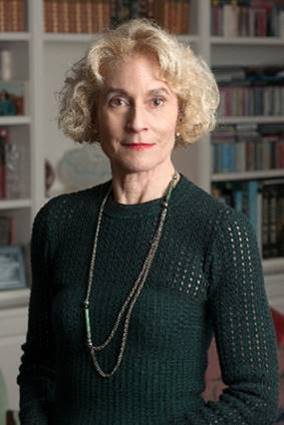 Press Release – Los Angeles, CA October 30, 2018 — The Berggruen Prize Jury today announced its selection of Martha C. Nussbaum as the winner of the 2018 Berggruen Prize for Philosophy & Culture. The $1 million award is given annually to thinkers whose ideas have profoundly shaped human self-understanding and advancement in a rapidly changing world. One of the world’s leading public philosophers, Nussbaum was selected from more than 500 nominees and a shortlist of five, which included some of the world’s most renowned thinkers in fields including sociology, global justice, animal rights, and bioethics.

“Martha C. Nussbaum is rather heroic in the way that she transcends academia. She has taken her transformative and relatable work into public debates about the key questions of national and global political significance. By challenging us to look closely at the capability of humans, as well as our emotions, she has given us strategies for hope and connectivity,” stated Institute Founder and Chairman Nicolas Berggruen. “I am delighted the jury has chosen to award a philosopher who opens windows to other disciplines for this enables us to better understand ourselves and our world.”

Nussbaum has, over the arc of her prolific and distinguished career, displayed the power of literature and the classical world to connect with audiences worldwide. As the author of more than twenty books and the editor of another twenty-one, her works provide a framework to understand vulnerability – particularly the emotions in moral and political life – and the conditions for human wellbeing and happiness. This is evident throughout her oeuvre and particularly in her early works, The Fragility of Goodness and Love’s Knowledge. Nussbaum’s thought surrounding international development and welfare economics – Frontiers of Justice, Women and Human Development, and Creating Capabilities – collaborates with and furthers the work of the economists who designed the United Nations Human Development Index (HDI), an idea that replaced older concepts of development (increasing incomes) with human capacities, life expectancy and education, at its center. This “capabilities approach” has significantly shaped contemporary policy and practice in many regions around the globe.

Her deeply original and widely influential books on the emotions beginning with Upheavals of Thought: The Intelligence of the Emotions, stretching through to Anger & Forgiveness and her pivotal work on our current political moment, The Monarchy of Fear, have contributed important new insights and timely applications of philosophical thought to contemporary issues. Nussbaum shows how philosophy, far from being merely an armchair discipline, offers a greater understanding of who we are, our place in the world, and a way to live a well-lived life.

“The jury is delighted to recognize in Martha C. Nussbaum an outstanding Berggruen laureate,” stated Berggruen Jury Prize Chair Kwame Anthony Appiah. “Few philosophers combine depth and lucidity with elegant and moving prose. I don’t believe any other contemporary philosopher combines these virtues with as great an ability to address and influence a wide public.”

Established by philanthropist Nicolas Berggruen, the Berggruen Prize for Philosophy & Culture was first awarded in 2016 to Canadian philosopher Charles Taylor for his impact on the humanities, social sciences and public affairs in deepening understanding among different intellectual traditions and civilization. Baroness O’Neill of Bengarve was the 2017 Berggruen Prize laureate for her work as a citizen philosopher who has elevated the quality of public life and improved the very vocabulary of public discourse.

This year’s Berggruen Prize Jury was headed by Kwame Anthony Appiah and comprised an international group of Nobel laureates, authors, and thinkers including Antonio Damasio, David Chalmers, Amy Gutmann, Amartya Sen, Elif Shafak, Alison Simmons, and Wang Hui. The winner of the 2018-2019 Berggruen Prize emerged from a list of finalists from diverse fields of research. The Berggruen Institute administers the Prize and welcomes nominations of thinkers whose ideas have both intellectual depth and long-term social and practical value across nations and cultures.

The Berggruen Prize for Philosophy & Culture will be conferred in a private ceremony on December 10 at the New York Public Library. The ceremony will include tribute speeches and the presentation of the Berggruen Prize trophy, an artwork commissioned by Nicolas Berggruen and designed by internationally acclaimed artist Cai Guo-Qiang.