A new video seeks to change the public perspective of firefighters by detailing the contributions of the brave women in emergency services. 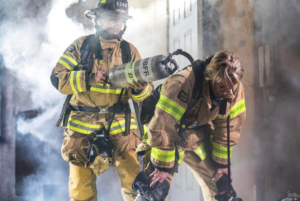 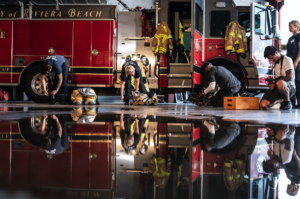 Press Release – Fire Dept. Coffee and LION will launch Real Women in the Fire Service in celebration of International Women’s Day and iWomen (International Association of Women in Fire & Emergency Service) on March 7, 2019.

Real Women in the Fire Service depicts several female firefighters from various Fire Departments and the high level of expectations they are required to meet in their extremely demanding career.

“Women wake up as firefighters, train as firefighters, and sleep as firefighters. They deserve to be shown in the same light as their male counterparts,” said Angie Hughes, President of iWomen. “We are honored Fire Department Coffee and LION are working to encourage more young women to explore emergency services as a career path.”

To learn more about women in the fire service and how you can get involved, visit www.i-women.org.

The film was created by Fire Department Coffee, a firefighter-run roasting company known for their philanthropy and freshly roasted blends, and the emergency services equipment brand LION Protects, with a mission to inspire the next generation of firefighters.

“Many people have this incorrect picture of women firefighters as pen pushers,” said Sarah Franklin, a firefighter for the Broward Sheriff’s Office and one of the featured women. “I’m proud to be a part of a movement to change this outdated perspective.”

Women have been involved as volunteers in the firefighting industry for over 200 years, and as career firefighters over the last three decades. These women value their communities and exude a strength that is both physical and mental, yet they have seldom had their stories told.

The video will launch on Fire Department Coffee’s YouTube Channel.

Luke Schneider launched Fire Dept. Coffee in July of 2016 with the mission to make great coffee with an even greater mission to support our nation’s heroes in need. 10% of proceeds from every order goes towards supporting ill or injured firefighters and first responders. Connect on social media by following @firedeptcoffee on Facebook, Instagram, and Twitter.

Are you part of the good crowd? Join GoodCrowd.school, school for changemakers today.