How a little girl with brain cancer inspired ‘citizen science’ 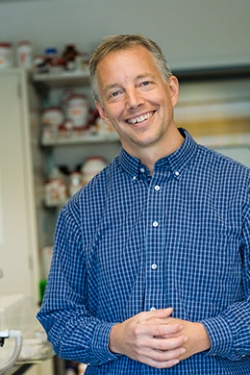 Dr. Jim Olson, a pediatric brain cancer specialist whose laboratory is based in the Clinical Research Division at Fred Hutch

SEATTLE – Aug. 12, 2013 – A spirited, red-headed girl named Violet who died at age 11 from an inoperable brainstem tumor is the inspiration behind “Project Violet,” a “citizen science” drug-discovery project being launched by Fred Hutchinson Cancer Research Center.

The project is using crowdfunding to enlist the help of the community to develop a fundamentally new class of anti-cancer compounds derived from scaffolds of nature – chemical templates from organisms such as violets, scorpions and sunflowers – to attack cancer cells while leaving healthy cells untouched. The ultimate goal is to develop highly targeted treatments that kill the cancer while sparing patients from the toxic side effects of chemotherapy such as hair loss and nausea.

The visionary behind the project is Violet’s doctor, Jim Olson, M.D., Ph.D., a pediatric brain cancer specialist whose laboratory is based in the Clinical Research Division at Fred Hutch and who also practices at Seattle Children’s.

Before Violet died last year, she and her family requested a rapid autopsy to enable the creation of important research tools from her brain tumor. She wanted those tools to be shared with scientists worldwide to help kids who are diagnosed in the future.

‘The most exciting project I’ve worked on in my life’ 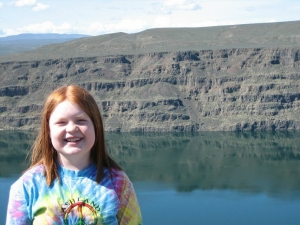 “That spirit of generosity led to the most exciting scientific project I’ve worked on in my life. It was only fitting that it be named after Violet,” Olson said.

“That spirit of generosity led to the most exciting scientific project I’ve worked on in my life. It was only fitting that it be named after Violet,” Olson said. “I knew that we were going to do this in her spirit, memory and honor.”

Project Violet was built on the success of Olson’s initial invention of Tumor Paint, a molecule derived from scorpion venom that safely travels through the body and causes cancer cells to light up to help surgeons visually distinguish cancer from normal tissue.

“We were impressed that scorpions have evolved amazing drugs, which led us to begin looking deeply into the drugs produced by other plants and animals. For example, sunflower petals are not eaten by bugs because they make a compound that protects them from hungry insects,” Olson said. “Likewise, we found exquisite examples of drugs made by potatoes, spiders, cone snails, sea slugs and, yes, violets.” 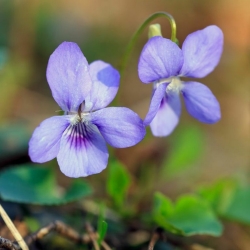 Inspired by nature’s medicine chest, Olson and colleagues created an entirely new class of drugs: “optimized peptides” or “optides” for short. These tiny molecules can be instructed to bind to particular kinds of cancer cells, disabling only those cells. They also can be attached to chemotherapy drugs, transforming them into precision therapies that spare healthy cells. Optides are also potentially less expensive and more powerful than other next-generation therapies.

Olson and colleagues are developing optides that target some of the most treatment-resistant malignancies: brain cancer, melanoma, breast cancer and tumors of the neck and throat.

While developing new cancer treatments is the primary focus of optides research at Fred Hutch, this new class of drugs also offers the potential to develop new treatments for epilepsy, depression, anxiety and other disorders of the central nervous system, Olson said.

“Optides offer unprecedented accuracy – an entirely new class of drugs that are far less toxic, far more effective and flexible enough to be used in a wide range of applications,” he said.

Using scaffolds from nature to develop drugs is not a new concept; other researchers and drug companies have been interested in creating new drugs using molecules derived from plants and animals. However, most efforts have failed because there have been huge barriers to making thousands of optide variants inexpensively, rapidly and in quantities large enough to conduct scientifically rigorous experiments.

“Our team at the Hutch has overcome six major barriers,” Olson said. He and his collaborators have developed a new optide production system to quickly synthesize thousands of optide variants that can then be evaluated for therapeutic potential.

“Whereas it takes some companies a decade to make hundreds of peptide drug candidates, we can make 12,000 a month and are ramping up beyond that.

“Nature provides the raw materials and we provide the expertise to turn them into lifesaving therapies,” Olson said.

How the public can get involved

Note for media only: Photos of Violet, Olson and images of specific drug candidates are available upon request. To arrange an interview with Olson, please contact Kristen Woodward in Fred Hutch media relations,media@fhcrc.org or 206-667-2210.

One Month. One Cause. One Million Miles.