Press Release – SYRACUSE, NY (February 27, 2018) — The United States Institute for Theatre Technology (USITT) is pleased to announce that Wendall K. Harrington, the “godmother of modern projection design” and head of the MFA program in Projection Design at the Yale School of Drama, will be delivering the keynote speech at the USITT 2018 Conference & Stage Expo.

Harrington’s career has embraced diverse disciplines including theatre, publishing and multi-image/video design, and production. She is well known for her work in Projection design and has been the recipient of numerous theatrical awards, including the Drama Desk Award, the Outer Critics Circle Award, the American Theatre Wing Award, the TCI Award for Technical Achievement, the Obie Award for Sustained Excellence of Projections, and was a USITT Distinguished Achievement Award winner in 2015.

Harrington is stepping in for Joseph Haj, artistic director of the Guthrie Theater in Minneapolis, who was previously scheduled to deliver the keynote address at the 2018 USITT Conference. As the Guthrie continues to focus attention internally on issues specific to workplace culture, Haj remains deeply committed to and engaged in internal dialogue and actions, and his schedule has changed in support of that ongoing priority. 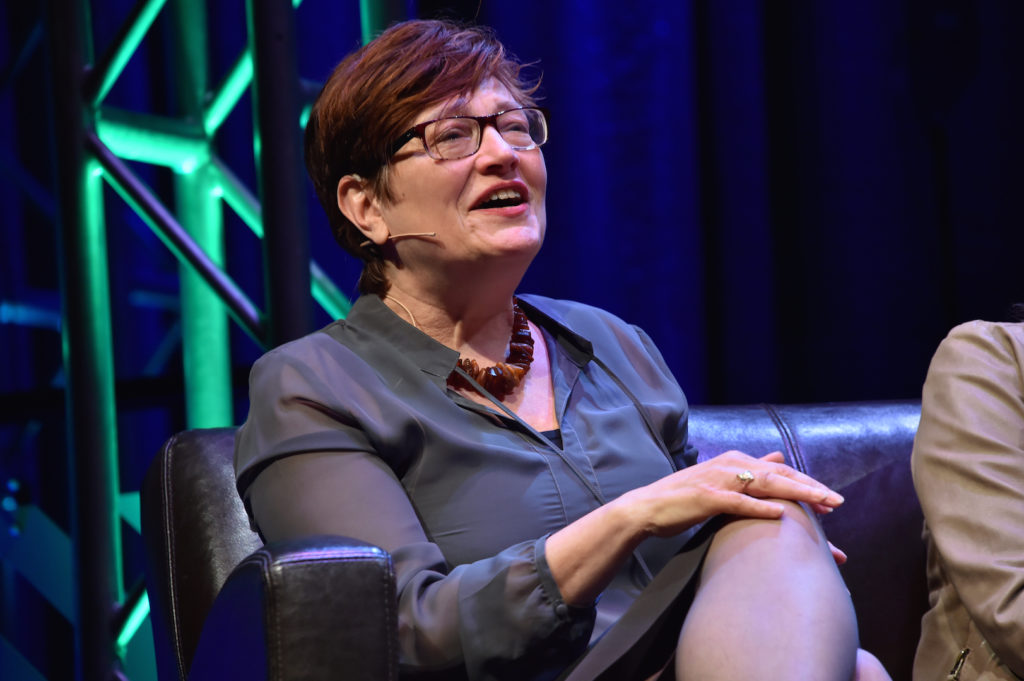 The United States Institute for Theatre Technology (USITT), is a national non-profit association for the live entertainment production industry. It provides hands-on learning, mentorship, and networking opportunities for emerging and working professionals in the backstage arts. Its Annual Conference and Stage Expo is the only complete production event in North America, featuring over 250 training sessions and 280 exhibitors of the latest tools and resources for creating live entertainment. More information is available at usitt.org.