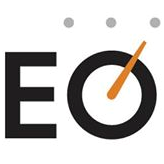 Utah is gaining worldwide recognition for its entrepreneurial spirit

Salt Lake City, Utah – December 16, 2013 – For the past three years, students from Utah have taken the top spots at the Entrepreneurs’ Organization’s Global Student Entrepreneur Awards (GSEA). Spencer Quinn, founder and CEO of FiberFix, won on November 23 and Chelsea Sloan, founder and CEO of Uptown Cheapskate, won in 2012. Garrett Gee, founder of Scan.me took second place in 2011. The students competed on an international level against roughly 1,600 applicants from 37 countries on six continents.

Quinn, a Brigham Young University student will receive $150,000 in cash and in-kind business services from the Entrepreneurs’ Organization (EO). Earlier this year, Quinn and his cousin Eric Child founded FiberFix, the long-lasting repair tape that is 100x stronger than duct tape. They have been featured on Shark Tank, QVC, and are already in more than 1,600 stores across the country.

GSEA winners have the opportunity to learn how to become a better entrepreneur from EO members worldwide and in Utah through mentoring. According to Shaun Ritchie, EO Utah President, many Utah business owners have built companies in a state where giving back is common so they are happy to provide mentorship opportunities to young entrepreneurs.

“EO Utah supports GSEA because it’s a great opportunity for more experienced entrepreneurs to engage with younger ones who are just staring their businesses and seeing some initial success,” said Ritchie. “We have been able to mentor some of them as well as highlight some of their accomplishments. We’re all about sharing our own experiences, both successes and failures, to build a better entrepreneur.”

According to John E. Richards, the founder of the Utah Student 25 competition, it’s the pioneer spirit that fuels entrepreneurship. Richards is currently head of operations for Google Fiber in Utah and also teaches at BYU. The Utah Student 25 competition encourages student entrepreneurs with at least $1 in revenue to submit his or her company to the competition for consideration of being ranked in the Top 25 by revenue and profits.

“BYU has a highly ranked entrepreneurship program with massive mentoring programs and other universities in Utah are strong,” said Richards. “The pioneering spirit in Utah is congruous with entrepreneurship. Youth get acclimated towards calculated risk management due to general ‘can do’ belief system,”

In 2012, Chelsea Sloan was the GSEA’s first female winner. Sloan and her brother Scott founded the Uptown Cheapskate franchise, which buys, sells and consigns new and gently used clothing and accessories. Uptown Cheapskate has expanded to 26 locations in 16 states with 14 more stores expected to open by the end of the year.

“I think people underestimate Utah. We have a thriving entrepreneurial culture, and people are confident and optimistic in their prospects for success. I’m not the only one of my friends to start a business in college – it’s common,” said Sloan. “Best of all, Utah is business friendly, and we don’t have to fight overly restrictive regulations in order to help people buy and sell stylish used clothing.”

Both Sloan and Garrett Gee, CEO and co-founder of Scan.me, have used their financial success and resources to give back to the community. In 2013, Uptown Cheapskate raised almost $40,000 for the Susan G. Komen Foundation and Kiva by having customers make a small donation instead of using a plastic bag. Uptown Cheapskate also donates hundreds of items to the Salt Lake mission and Road Home daily. Garrett Gee was the 2011 GSEA 2nd place winner and also a contestant on Shark Tank. According to Gee, Scan.me is currently beta testing a QR code product to collect donations on behalf of non-profits. Scan.me connects the real world with the digital universe through mobile technologies like QR codes, NFC, image recognition and other products.

“With more than 50 million downloads to date, we wanted to give back and make this world a better place. GSEA really kick started our business helping us transition from a student project to a multi-million dollar funded start-up,” said Gee.

About the Entrepreneurs’ Organization:

The Entrepreneurs’ Organization (EO) – for entrepreneurs only – is a dynamic, global network of more than 9,500 business owners in 40 countries. Founded in 1987 by a group of young entrepreneurs, EO is the catalyst that enables entrepreneurs to learn and grow from each other, leading to greater business success and an enriched personal life.The Entrepreneurs’ Organization also operates the Global Student Entrepreneur Awards (GSEA), the premier award program for high school, undergraduate and graduate students that own and run businesses while attending college or university. We have 79 members in the Utah chapter.