Press Release – Los Angeles, CA – The National Domestic Workers Alliance (NDWA) and Participant Media hosted a red carpet event on Oscar® night, February 24, 2019, at The Jane Club, a new and innovative women-centric venue in Los Angeles, to honor domestic workers as the true “heroines in our homes.” Inspired by the film ROMA, which was nominated for ten Academy Awards® and won three categories (Best Director, Best Cinematography and Best Foreign Language Film), event attendees celebrated the incredible success of the film in shining a light on and sparking a conversation about domestic workers in our country. They were joined by co-hosts Tarana Burke, Rashida Jones, Eva Longoria, and Olga Segura. The event also had the support of Alfonso Cuarón as honorary host for this special event, as well as Laura Brown, Laura Dern, and Natalie Portman.

“I want to thank the Academy for recognizing a film centered around an indigenous woman, one of the 70 million domestic workers around the world. Without work rights, historically relegated at the background of the cinema,” said Alfonso Cuarón after receiving the Oscar for Best Director.

“On Hollywood’s biggest night, domestic workers won big tonight! We are grateful to Alfonso Cuarón for this moving love letter to the unsung heroines of our childhoods and our families. ROMA is a true testament to making visible the women that are often in the shadows” said Ai-jen Poo, Director of the National Domestic Workers Alliance, who attended the Oscars tonight as one of Alfonso Cuarón’s guests. “With the incredible win for ROMA tonight for Best Director, Best Foreign Language Film, and Best Cinematography and thanks to the support of so many brilliant actors, influencers, and activists, tonight we celebrated domestic workers with the humanity and dignity they deserve.”

“From TIME’S UP to ROMA, one of the greatest fights in our society today is making sure that all working women are treated with dignity and respect,” said actress Laura Dern. “ROMA has truly inspired audiences to reflect on the people who care for them. Domestic workers like Cleo are in the center of our lives, but too often at the bottom of our economy and society. We must do our part to ensure they have the respect and recognition they deserve.”

Special guests spoke throughout the evening and a champagne toast celebrating the domestic workers took place.

In January, NDWA and Participant Media announced a nationwide effort of ROMA community screenings for domestic workers and employers in 12 cities, including New York, Chicago, and Seattle, as part of a larger campaign to encourage viewers to take action. Last week, Netflix announced a portion from every theater ticket purchased in the month of February in the U.S. will be donated to NDWA.

Domestic workers are determined to make 2019 their year to win respect, dignity and rights in the workplace. Days after the new Congress was sworn in, domestic worker leaders visited Washington D.C. to meet with lawmakers and raise awareness about the first national Domestic Workers Bill of Rights. Set to be introduced later this year, the innovative federal legislation would secure rights for more than two million domestic workers across the United States, the first of its kind on a national scale.

Honoring the Heroines in Our Homes, the National Domestic Workers Alliance Awards Night Watch Party in celebration of Roma, ultimately aimed to effectively spark critical conversations across the country around the domestic workers movement. 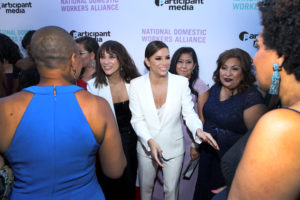 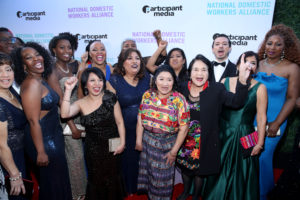 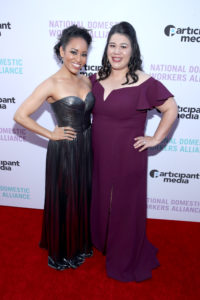 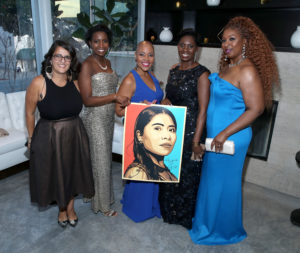 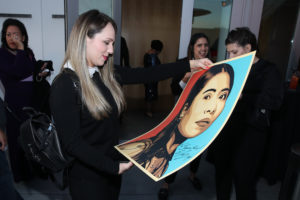 To find out more about how to support domestic workers, visit: www.roma.domesticworkers.org