Kevin Bacon’s SixDegrees.org is Partnering with SOS Children’s Villages USA to Support Vulnerable Children and Youth in the United States through the #HomecomingChallenge

SixDegrees.org has developed a revolutionary web-based platform called “6Tag” for launching socially driven campaigns in order to raise financial support, volunteerism, awareness and anything else a charity might need to fulfill its mission. 6Tag—a messaging app for giving back—gives users the opportunity to challenge their friends to create 30-second videos in order to create awareness and fundraise for a great cause. Inspired by the wildly successful ALS ice bucket challenge, which raised over $115 million for the ALS Association, 6Tag makes it easy to duplicate the video challenge concept at scale for multiple charities.

By inviting their friends to participate in the #HomecomingChallenge, SOS USA and its partners hope to inspire growing support for SOS’s global work with orphaned, abandoned and vulnerable children. “In 2017, we directly helped over 2 million vulnerable children and families in 135 countries, including right here in the United States. But right now, there are still 220 million children at risk of growing up alone. We need to do more. I believe this partnership with SixDegrees.org and Kevin Bacon will energize people to contribute to SOS USA so every child has a loving home and the opportunity to reach their potential,” explains Neil Ghosh, CEO of SOS USA. 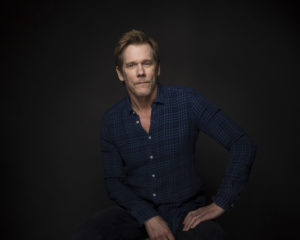 Kevin Bacon, Kyra Sedgwick, Jesse Metcalfe, Beverley Mitchell and other celebrity influencers have already taken the Homecoming Challenge and are declaring that every child deserves a place to call home. “At SixDegrees, we really try to shed light on charities that are doing extraordinary work,” says founder Kevin Bacon. “We wanted to invite more people to join us. With 6Tag, people can start to see how small actions can create real change. As a community, we can gather to create real impact.”

SOS Children’s Villages builds loving, stable families for orphaned, abandoned and other vulnerable children in 135 countries, including the United States. In addition to providing family-based care for kids who would otherwise grow up alone, SOS supports struggling families so children can stay with their parents, and helps at-risk teens navigate the road to adulthood. Through family strengthening programs, long-term care for children, education and job skills training, and emergency relief efforts, SOS provides life-changing support to millions of children and families worldwide each year.

Over the past two decades, Golden Globe-winning actor, musician, and philanthropist Kevin Bacon’s wide-reaching professional network has inspired a popular game that connects him to anyone in the Hollywood film industry in six degrees or less. Bacon decided to turn the idea on its head.

Bacon launched SixDegrees at the 2007 Sundance Film Festival in Park City, UT. In the beginning, the nonprofit partnered with institutions like the University of Maryland and Stanford University to launch projects that promoted giving and fundraising for a variety of causes. Over the last two years, the organization has refocused and has coordinated countless drop-ins and surprise pop-ups to amplify causes, community organizations, and campaigns around the country. SixDegrees makes it easy for celebrities to give a small amount of their time and lend their influence to draw attention to unsung heroes around the world. SixDegrees continues to gain involvement from a growing list of stars.